The Wonderful Story of Moriah Publications 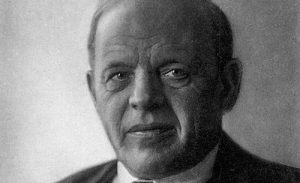 In 1901, the original Moriah Publishing House was founded in Odessa, Ukraine, by renowned Jewish poet and author, Hayyim (Chaim) Nahman Bialik. The primary goal of the publisher was for the printing of educational material for Jewish schools. Up to 1914, Moriah Publishing House issued a large number of Hebrew books and the company eventually came to symbolize the best in modern Jewish literature.

Even though Moriah Publishing House developed into a leading house of modern Hebrew publishing, World War I and the Russian Revolution of 1917 prematurely caused the end of this extremely successful enterprise.

No less than eighty years later, on August 28th, 1996, Pastor Stéphane Chauvette founded Moriah Publications Inc., in Montréal, Canada. At the time, the author and minister was unaware of the former publishing house’s existence. Yet, in parallel with the original Jewish publisher, the modern Christian publishing house was created with the same noble ambition — to produce and distribute biblical literature around the world. Since its foundation, Moriah Publications’ primary purpose has always been the spreading and teaching of the Holy Scriptures.

While both publishing houses are doctrinally at odds with each other concerning the identity of the promised Messiah, there is nonetheless a common title that joins them together. By pure coincidence, both bear the same geographical designation; that is, Mount Moriah — a small hilltop located in Jerusalem’s Old City. And so, when one seriously considers what the Bible declares concerning the eternal city of Jerusalem, the shared objective of both publishers is not surprising.

(NIV) Isaiah 2:3 “…The law will go out from Zion, the Word of the Lord from Jerusalem.”

Although the Bible speaks of Jerusalem as the City of Peace, this tiny morsel of land has never truly experienced a lasting period of rest. For centuries, powerful nations have desired Jerusalem, and nothing has really changed since then. Perhaps there are unseen, dark and destructives forces who wish to prevent the fulfilment of biblical prophecy — fully aware that the true Word of the Lord should be proclaimed from the city of Jerusalem — from Mount Moriah.

Since we are living in a perplexing time where blatant historical amnesia dictates our opinion concerning the Middle East, the region of Mount Moriah has become once again — as it was for hundreds of years — the centre of the world’s contention. For various reasons, sometimes based on no more than myths and religious folklore, all three major monotheistic faiths — Christianity, Judaism and Islam — have claimed ownership over the disputed capital of both ancient and modern Israel. Yet, historically, religiously and politically speaking, Jews and true Christians alike believe and support the biblical account depicting the divine selection of this modest hill — Mount Moriah. Somehow — as Divine Providence would have it — both Moriah publishing houses (created respectively in 1901 and 1997) have equally recognized and selected the beautiful name of this tiny piece of land located in the most contested city in the whole world, Jerusalem.

Truth be told, that is why we have named our Christian publishing house after the wonderful designation of Moriah Publications — where the Word of the Lord goes forth!